“I’ve been playing nearly better than that all year and just shooting horrendous scores.  Picking the wrong club here and there and killing any momentum,” said Joe.
“I just tried to stay patient. I always seem to come into a bit of form around this time of the year.  I was praying and hoping that was going to happen.”

With a shotgun start in operation, Joe, who was out in the afternoon wave, began his round at the second and played his opening eight holes in four under par with birdies coming at the third, fourth, sixth, and eighth.

“Coming off the 17th I knew I needed to beat six under par and I then holed my pitch for eagle at the 18th,” added the 27-year-old.
“I played my last hole relatively conservatively. I knew I could reach in two and two-putt. I shot 64 last year in the Southern Championship and I wanted to beat that.
“As I said, I’ve been struggling a bit scoring wise but I knew it was going to come along and when it finally arrived, I wasn’t afraid to let it happen.” 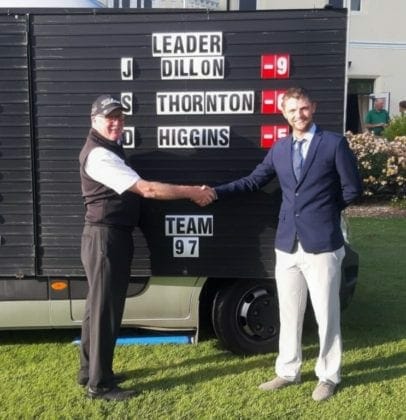 Please wait while we validate your login